Born in Bhutan in 1948, Lama Gyurme showed exceptional qualities and a strong attraction for monastic life at an early age .  He became a permanent resident of the Jang Chub Chö Ling monastery in his ninth year and received a religious education as well as the fundamentals of traditional arts including music.  During his first three-year retreat in the monastery of Sonada (India), Venerable Kalu Rinpoche made him Umze (Master of rituals,

chant and dances).  After several years of study and initiations, the 16th Karmapa granted him the title of teacher in the Kagyupa tradition.  Living in France since 1974, Lama Gyurme is the director of the Kagyu Dzong Temple in Paris and the Vajradhara Ling center in Normandy.   In addition to his work with Jean-Philippe Rykiel, he has chanted several mantras for the original music of the movie Himalaya.  Lama Gyurme shares his time between teaching in Paris , Normandy and Spain, while performing live with Jean-Philippe around the world . 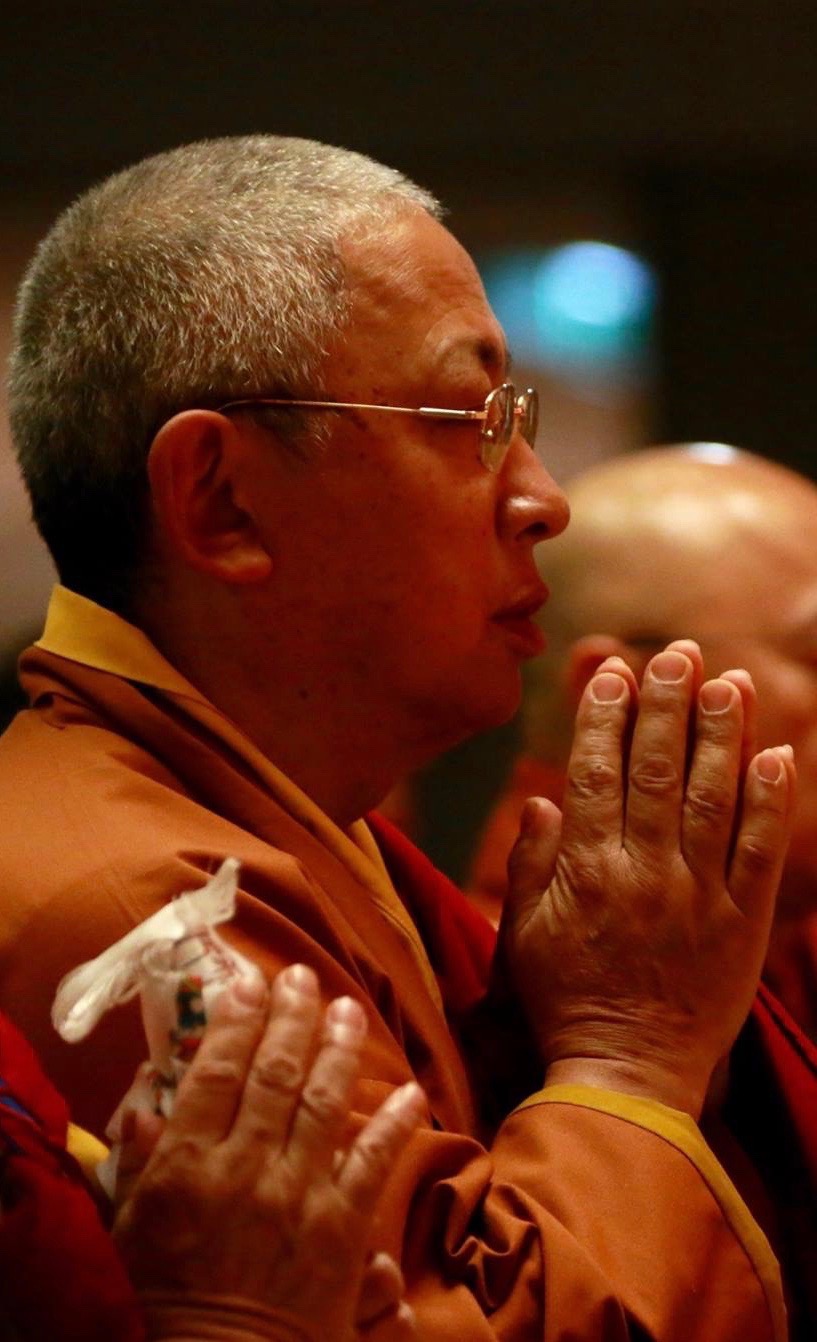