“Non Ti Ho Mai Detto” is a Love Song, a short and simple ballad I wrote in Italian . It was originally arranged for harp, but when the great accordion player Riccardo Tesi passed by the studio and improvised around the theme we found it so inspiring that we recorded him. And forgot about the harp version.
Elisabeth Valletti

Like ‘The Age of Trees’ (released in October 2020), ‘Non Ti Ho Mai Detto’ is another recovered song from the recording sessions of Elisabeth Valletti’s album ‘Innocenti’. There must have been a good reason why it was left out of the final choice but no one can clearly remember. And now it is here, almost 30 years later, an emotional gem dusted off by a first-class mastering (thank you DBF).

Fiddling around with the various sound treatment racks at the studio, we get this awesome organ- like sound coming out of “The Blue” (as Camac named their first electric concert harp). Handing me a poem he had just written down, Jean-Michel asks me – just for fun – to try it as a song. Coincidently, a harmonic suite I had in mind was perfect for the organ sound and was put down to tape. I then recorded the lead vocal in a single take while holding the poem in my hand. No thinking, no hesitations, as if the melody was naturally calling my voice to sing it.

Note from the producer : Often, for a valid reason, at the time of deciding on the songs that will make it on the album, some songs are left aside and don’t make the final cut. They are doomed to be forgotten. Years later, a tape might resurface from the vaults, and upon listening to it, you can’t help but wonder why this particular song was left out. You have no answers, just a blurred memory and a song once in your hands; this time, ready for release.

The Age of Trees

Harp-obsessed composer, sound designer, and vocalist Elisabeth Valletti graduates at thirteen years of age with a special prize for harp awarded unanimously from the National Conservatory of Marseille. She studies harmony and composition in Berkeley; film-making and ethnology in Paris. Passionate and curious about all genres of music, she performs in Europe, Japan, Israel, and the USA. She works with the likes of Leonard Cohen, Lauryn Hill, and French producer Hector Zazou along with John Cale & Ryiuchi Sakamoto in the studio.

In the late 80’s she asks world-reknowned French harp manufacturer Camac to design an electric concert harp and they bring forth “The Blue”. An innovator in amplified harp, Elisabeth Valletti takes the sound one step further by implementing processing equipment and added pedals. “The Blue” is used for the recording of her first album “Innocenti” which she co-produces with Jean-Michel Reusser. Elisabeth is signed by Chris Blackwell’s publishing company Blue Mountain Music, the album is released by Universal UK. In support, she tours the UK and Europe.

In 2011, Camac asks her to test the first prototype of a Midi Harp. In residency at Ircam + GRM in Paris with this cutting-edge instrument, she produces a contemporary classical music solo album titled “Sacrum’5” which is released by Megadisc Classics.

In the first half of 2020, she co-produces “A Tale” with reknowned English producer, John Reynolds, who defines the album as folk/pop/baroque.

Elisabeth Valletti has been calling Paris, London, and New York home since the 90’s. 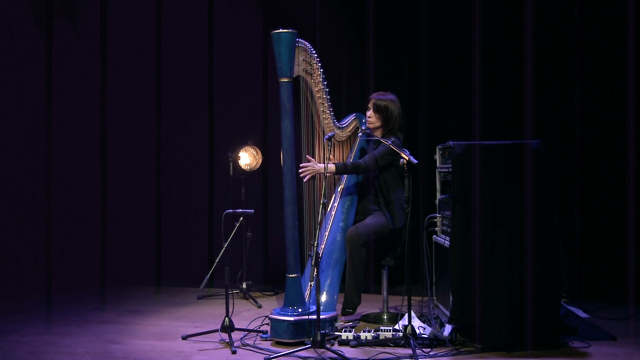 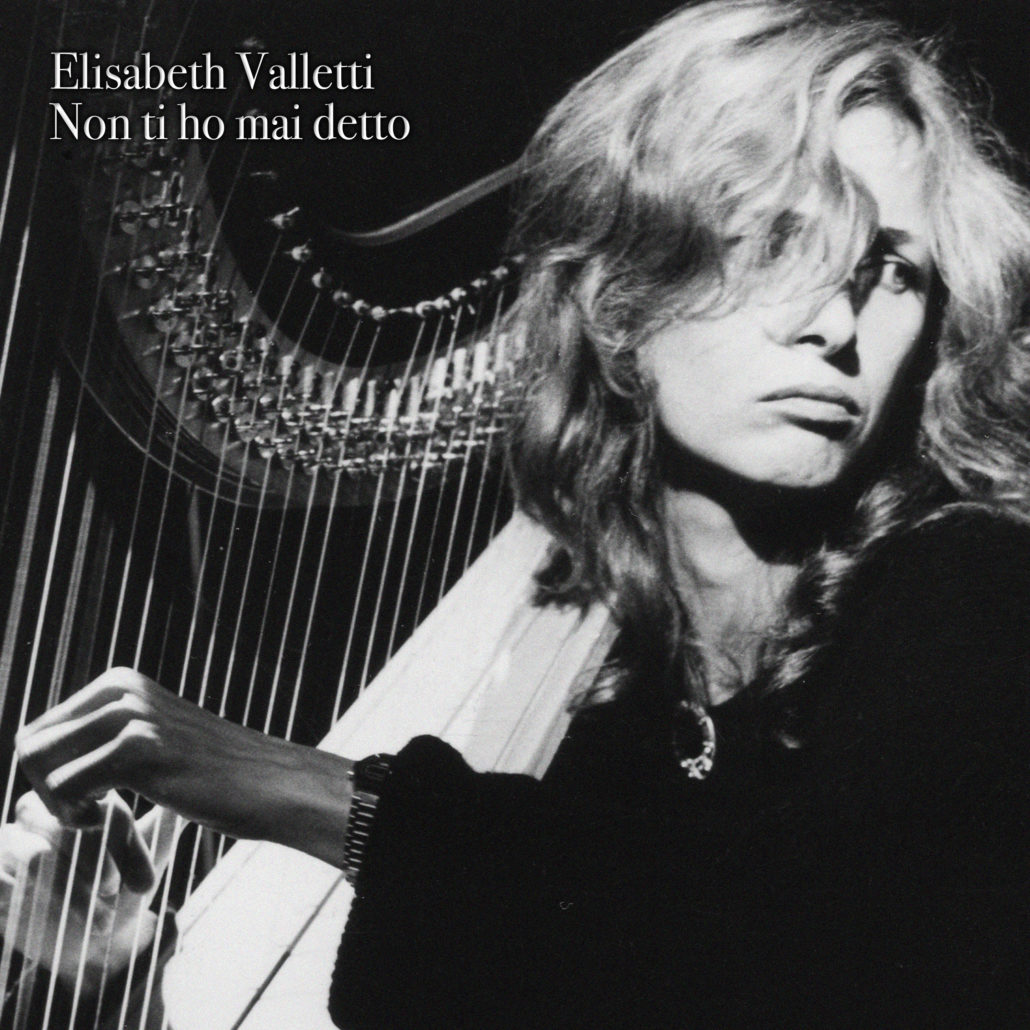